Even if you didn’t grow up in the Lone Star State, chances are you’ve heard of the Alamo. But did you know the Alamo is just one of the missions of San Antonio? From where the Alamo overlooks the San Antonio River Walk stretching ten miles south along the San Antonio River, there are five centuries-old Spanish colonial missions in San Antonio. And here’s everything you need to know to visit them all!

In the 17th and 18th centuries, dozens of missions were built throughout Texas, Arizona, and California. Financed by the Spanish colonial government, missions served several purposes:

Surprisingly, Spanish missions were not churches. Rather, they were tightly-knit, self-sufficient communities of missionaries and indigenous people. Under the flag of Spain and with Catholic religious values, the two groups united to fend off attacks from other native tribes and to keep French explorers from invading their space. Like the seeds planted in irrigated fields, the missions ultimately blossomed into some of the state’s biggest cities. From cattle ranching to milling, many of the first industries in Texas were established by Spanish missionaries.

How Many Missions in San Antonio?

There are a total of five Spanish missions in San Antonio. Beginning with The Alamo, located in the heart of downtown San Antonio, the five San Antonio missions are:

Located the farthest south, Mission Espada is the best place to start your visit to all five San Antonio missions. Established in 1731, Mission Espada was the first mission built in the Spanish state of Texas. (Earlier missions in the region were built on land claimed by Mexico.)

Constructed from bricks made on-site, Mission Espada was established in the mid-1700s to protect Spanish Franciscan missionaries and the local Coahuiltecan tribe from the French. Exhausted from battling foreign European diseases and fending off attacks from neighboring tribes, most Coahuiltecans embraced Christianity in exchange for steady meals and protection offered by the mission.

In addition to the stone friary and church, visitors to Espada Mission can also see a working loom that once stitched spun wool from sheep raised in the area into blankets, rugs, and other textiles. Just north of the mission, don’t miss the remains of the Espada Aqueduct that once irrigated nearly 3,500 acres of farmland. Built by friars in 1745, it’s one of the best-preserved examples of this type of water management system in the region.

The original San Juan Mission church was constructed of straw and mud in 1731. But a few decades later, it was replaced with the long, sleek white adobe building capped by a soaring bell tower visible today.

Fun Fact:  If the name San Juan Capistrano sounds familiar, you may be thinking of the city in California and its Spanish colonial fortress-like community. Its mission is nicknamed the “jewel of the missions” as a nod to its lush gardens and beautiful Spanish-style buildings.

In the fertile grounds surrounding the compound, missionaries and Native Americans established orchards and planted fields of melons, beans, squash, sweet potatoes, and sugar cane. To the southeast of the walled community, thousands of heads of cattle and sheep were raised for meat, milk, and wool. Inside the mission, blacksmiths pounded out tools, carpenters built furniture, and artisans wove cloth.

When you visit the San Juan Mission, take a few minutes to hike the circular one-third mile Yanaguana Trail. Shaded by trees and hugging the San Antonio River, the trail is a beautiful oasis not far from the bustling city of San Antonio.

Also in the southwestern corner of the mission grounds, don’t miss the farm at Mission San Juan Capistrano. This partnership between the National Park Service and San Antonio Food Bank uses water provided by the historic aqueduct to demonstrate what it would have been like to farm the fields more than 200 years ago. 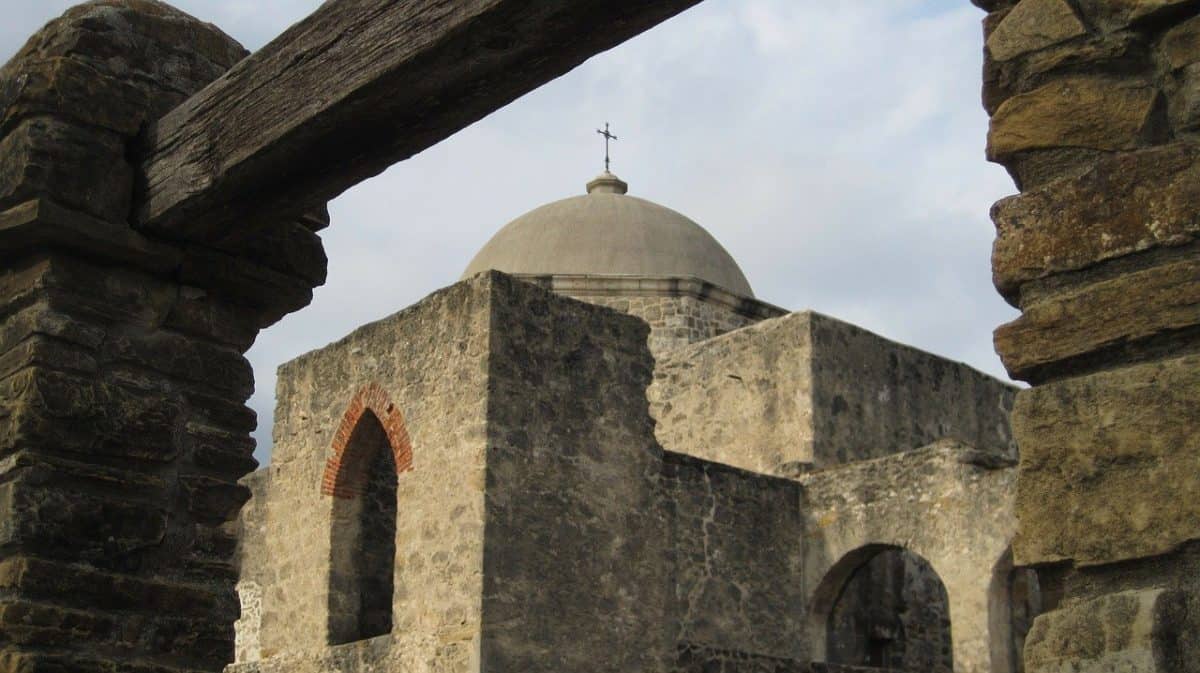 Mission San Jose was originally established 300 years ago on the east bank of the San Antonio River, just south of the Alamo, to help ease overcrowding at the Alamo. It was relocated several times before establishing roots in its current location about five miles south of the Alamo.

Sage Advice:  The visitor center for the San Antonio Missions National Historic Park is located at Mission San Jose. Be sure to stop in to explore the exhibits about the Texas missions, watch a brief film, learn about ranger-led programs, and get your Passport to National Parks stamped.

As the largest, most beautiful, and best-preserved mission in Texas, the San Jose Mission is often referred to as the Queen of the Missions. The mission’s massive stone church with Spanish colonial ornamentation and protective walls was constructed from native limestone in the 1700s and fully restored in the 1930s.

Sage Advice:  As an active parish, visitors are invited to celebrate Mass at the Mission San Jose Church on Sundays.

In addition to the visitor center, the beautifully restored Mission San Jose allows guests to explore the:

You also won’t want to miss seeing the Native American living quarters, which feels a bit like touring an ancient glamping ground. The hundreds of Native Americans working as carpenters, blacksmiths, ranchers, farmers, and artisans at the mission lived in the string of 84 two-room residences built into the protective wall. 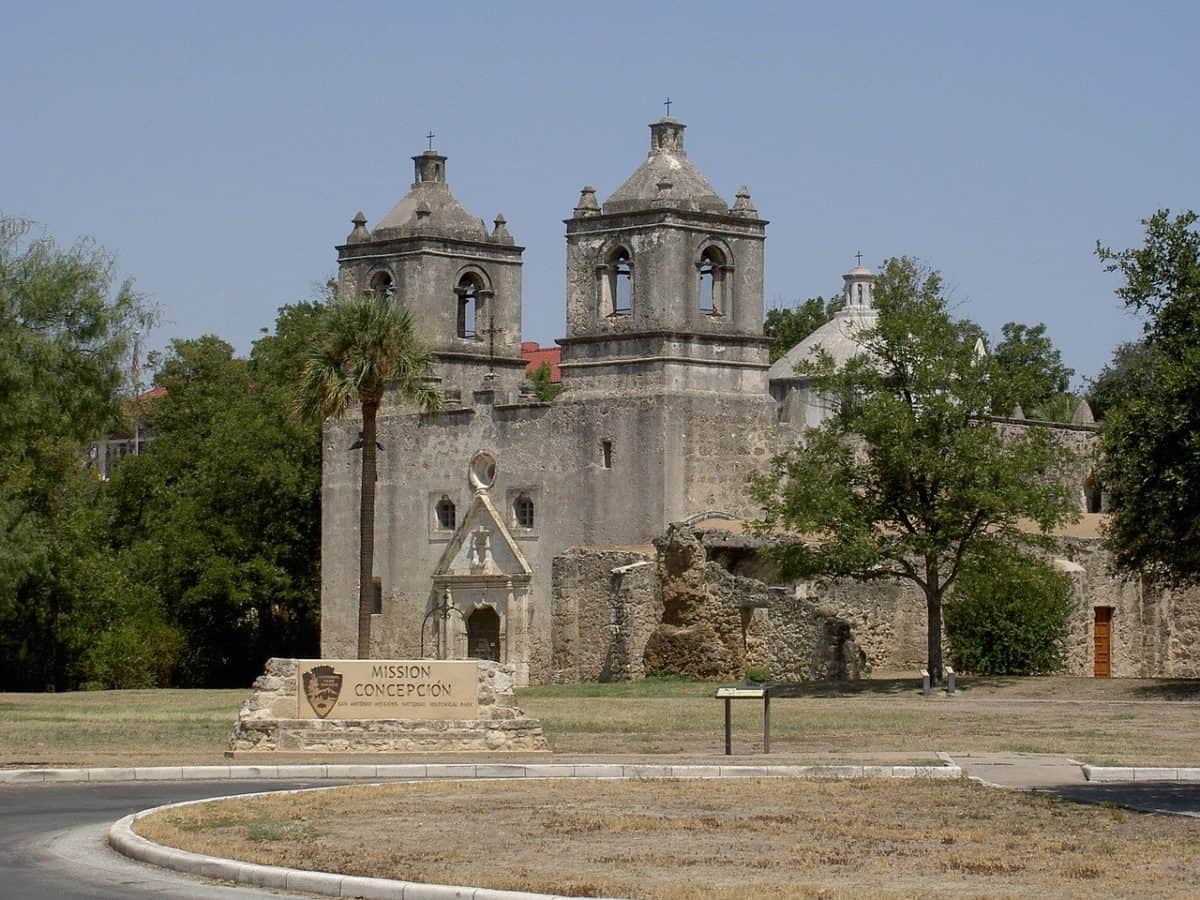 The 45-inch-thick stone walls of the Mission Concepcion church were once brightly painted. But more than 250 years of exposure to the elements has returned the stone of the nation’s oldest unrestored church to its natural color. Inside the church, keep an eye out for colorful geometric designs that blend Native American and Spanish images in the remaining frescoes of the church’s interior walls and ceiling.

Sage Advice:  Like Mission San Jose, the Concepcion Mission is an active Catholic church. Be mindful of Mass times or special occasions (like the wedding that closed the church early when we were there) when you plan your visit.

Mission Concepcion has a special claim to fame among the San Antonio missions. For many years, it was the home of the Father President, a Franciscan missionary who was essentially the Chief Operating Officer of the five Texas missions built along the San Antonio River. 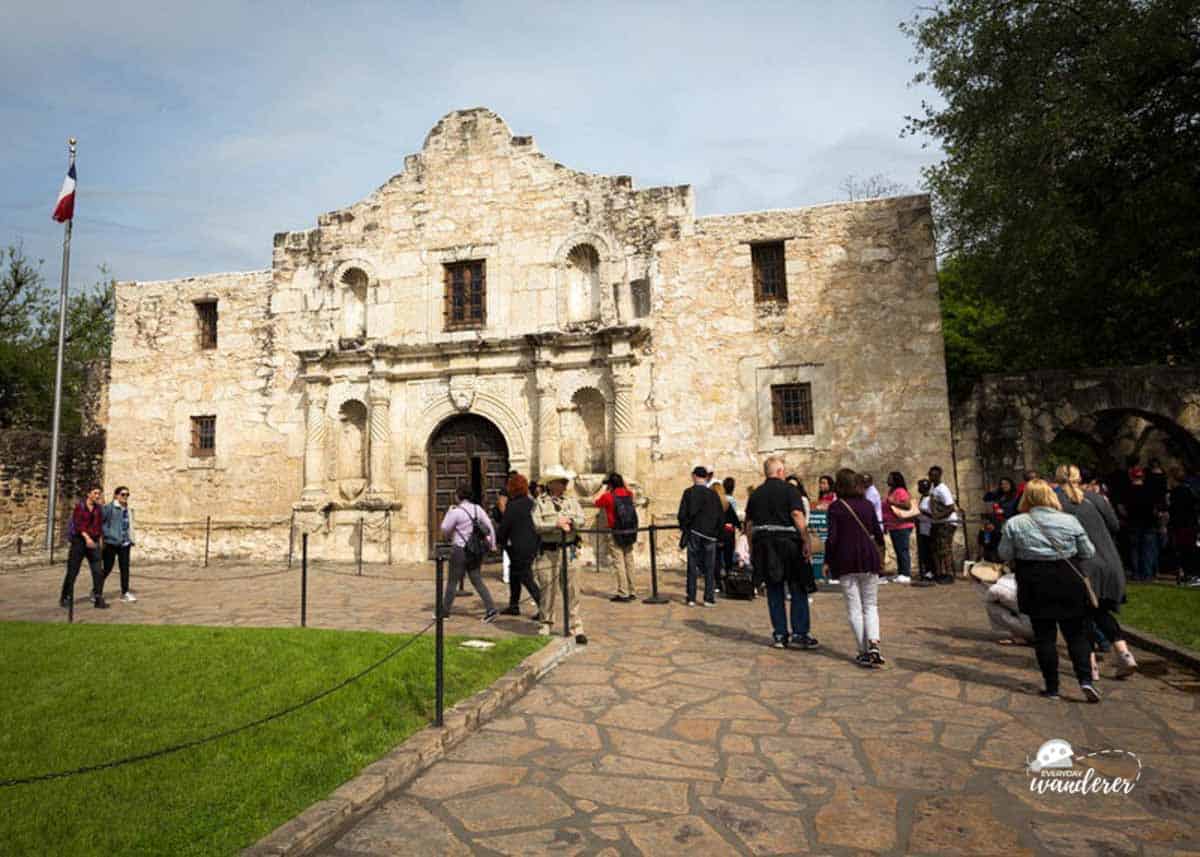 You may remember the phrase, “Remember the Alamo!” But if it’s been a while since you studied that era of American history, you may not recall why you remember that phrase.

When Texas sought its independence from Mexico in 1836, a group of more than 100 men barricaded in the beautiful Spanish limestone mission bravely fought to the death against a Mexican army of thousands. Seizing the emotion of the devastating loss of life at the Alamo, General Sam Houston rallied the remaining Texas troops under a battle cry of “Remember the Alamo!” and the reinvigorated Texas Army successfully gained its independence from Mexico just a few weeks after the devastating loss in San Antonio.

Today the Alamo is one of Texas’s most visited attractions. The beautiful limestone-walled compound, church, and outbuildings serve predominantly as a shrine to the lives lost during the Texas Revolution. Whether taking in a brief film or strolling the shady grounds, visitors can learn more about the historic site and the bravery of the men who lost their lives.

Sage Advice:  Although it’s one of the five San Antonio missions, the Alamo is not part of the San Antonio Missions National Historic Park and UNESCO World Heritage Site. Instead, this 300-year-old-mission-turned-battlefield is managed by a private nonprofit Texas trust.

Related Article:  Get to Know Downtown San Antonio with This Self-Guided Walking Tour

Additional Tips for Visiting the Missions of San Antonio

When are the San Antonio Missions Open?

The Missions of San Antonio are open daily from sunrise to sunset. The buildings and grounds are closed for certain holidays, including Thanksgiving, Christmas, and New Year’s Day.

Where is the San Antonio Missions Visitor Center?

The visitor center for all four missions included in the San Antonio Missions National Historic Park is located at Mission San Jose. It’s open on days that the park is open, from 9:00 am to 5:00 pm.

There is no cost to visit any of the five Missions of San Antonio.

Which missions did you visit? What did you like most? Any additional tips and tricks to pass along? Share your experiences in the comments section below. 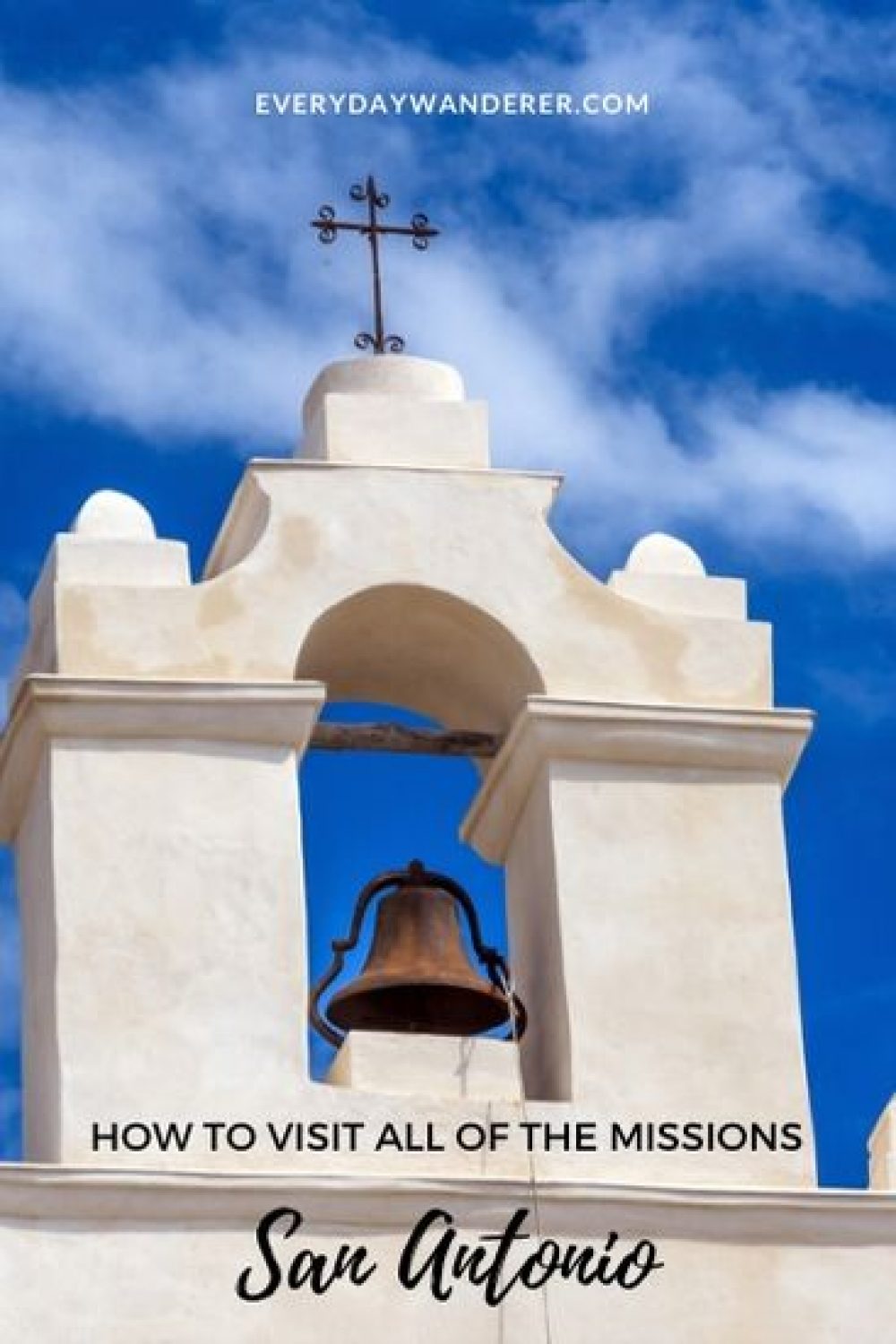 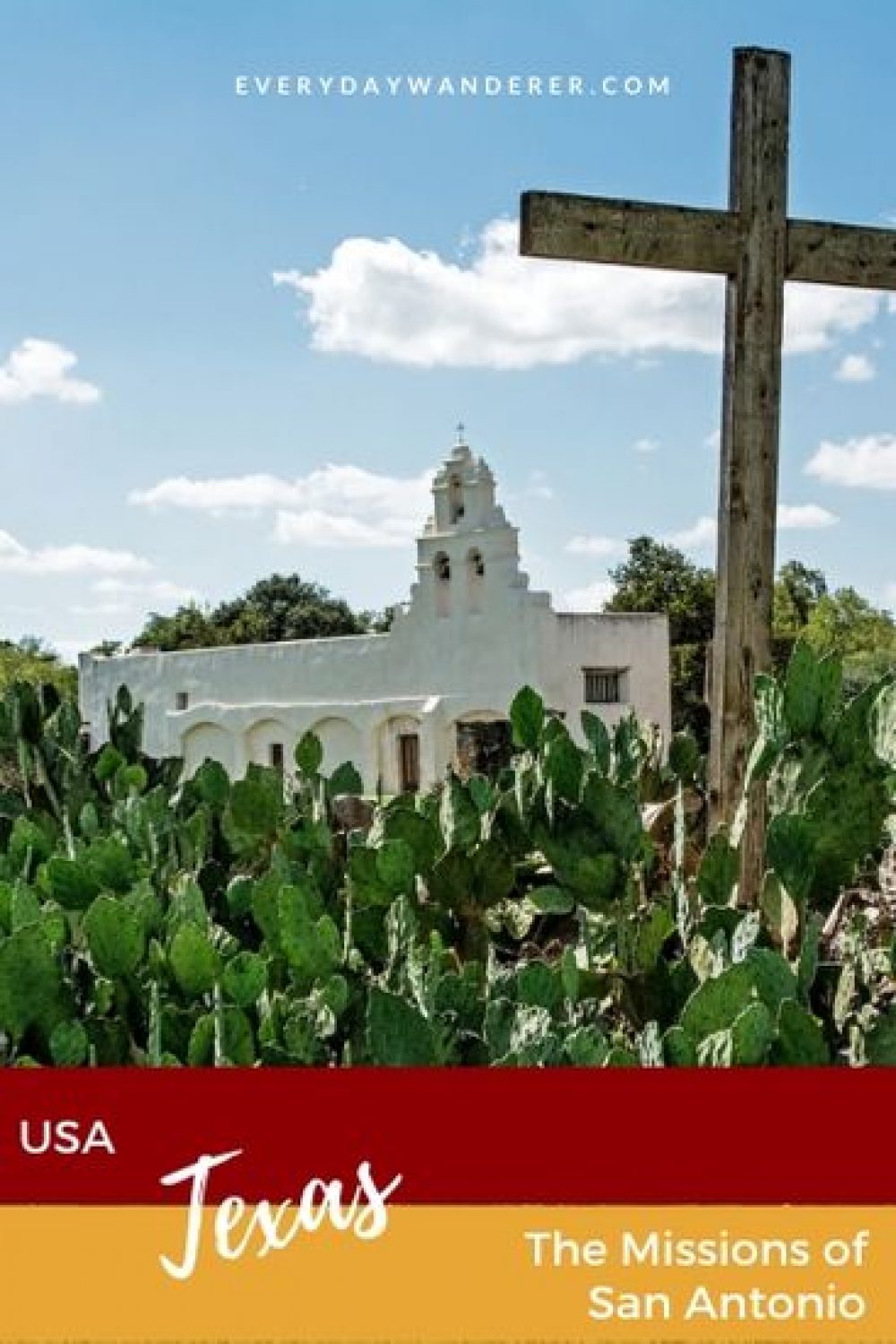 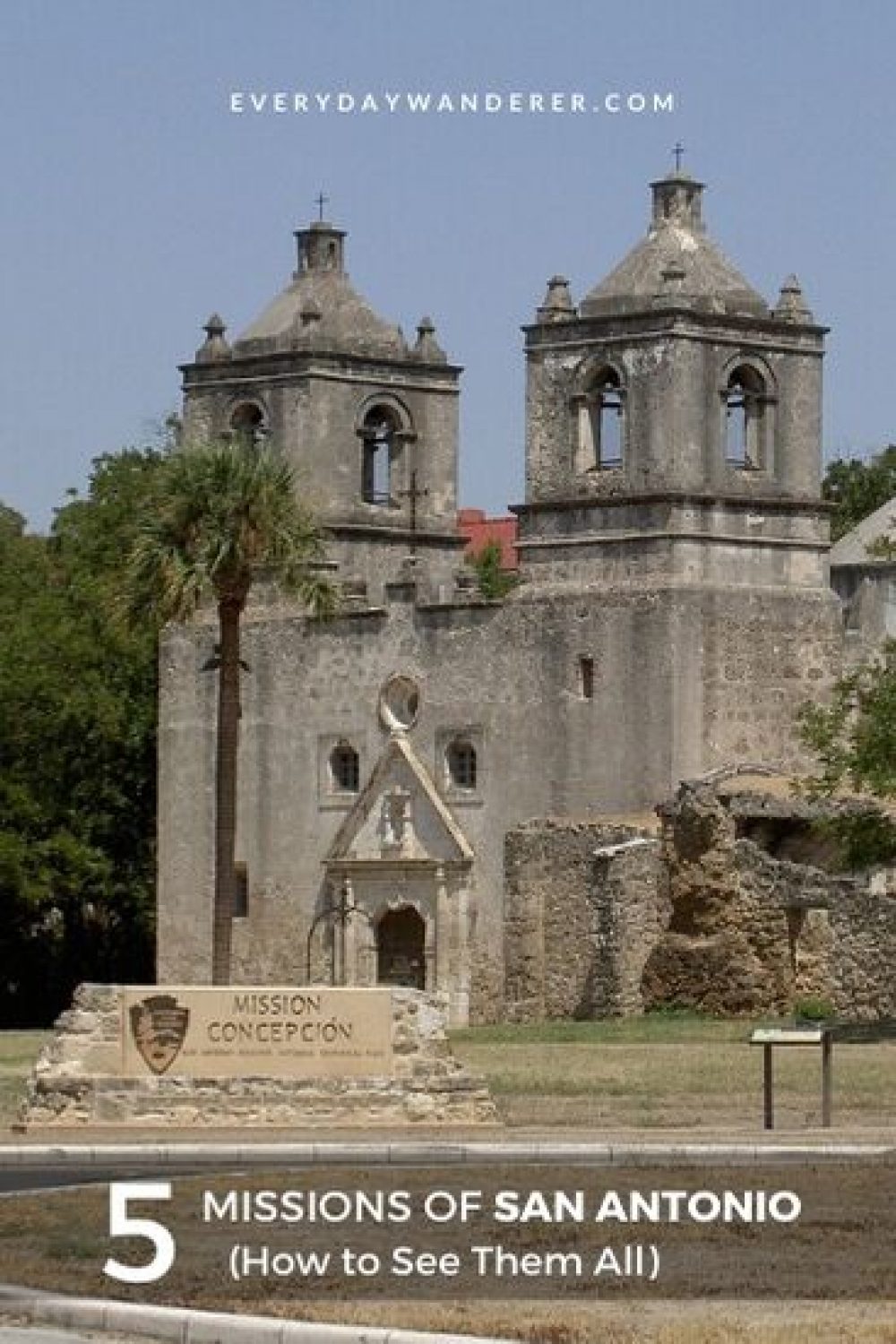 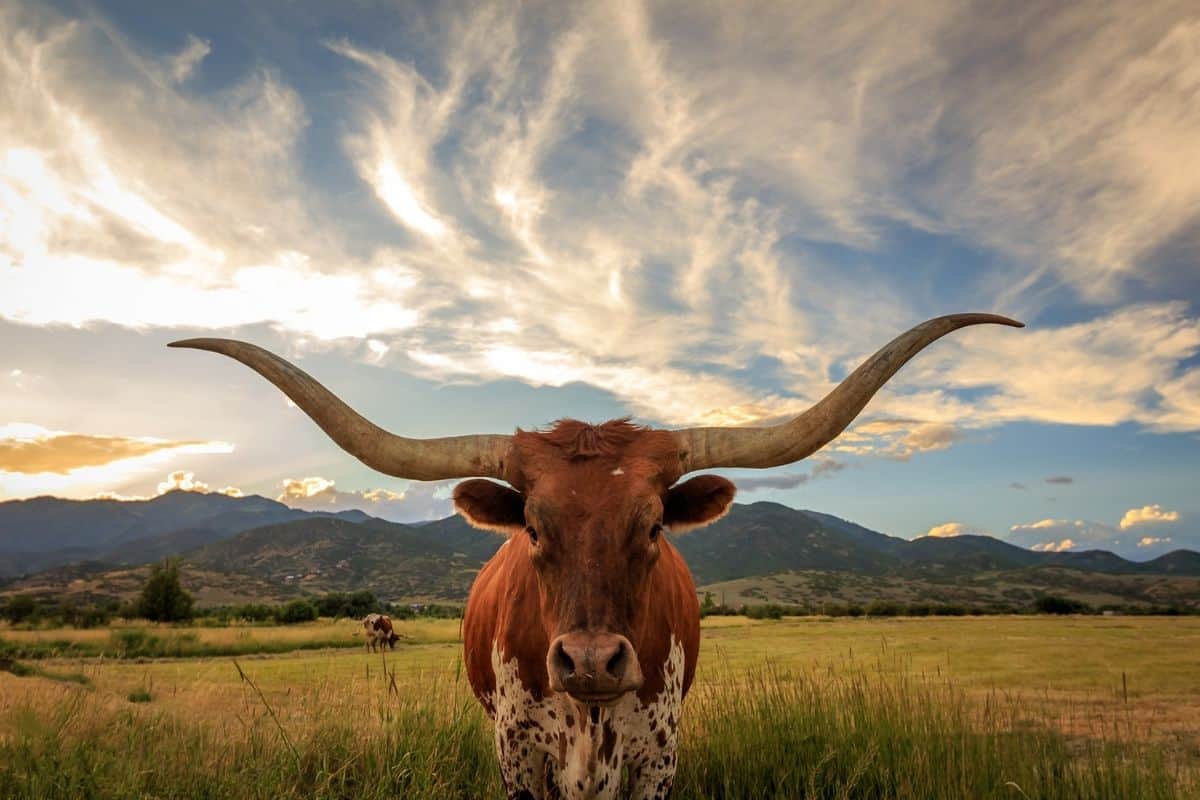 Looking for more information to plan your Texas vacation? Check out my additional recommendations to help you plan your trip to Texas including what to see and do in Texas, the best places to stay in Texas, where to eat in Texas, and more! 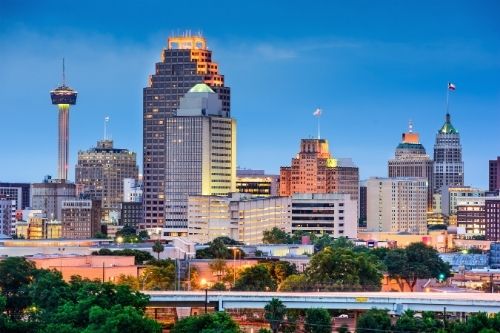 Get to know the Alamo City with this self-guided Downtown San Antonio walking tour. 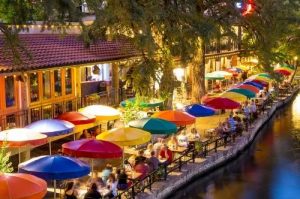 Best Riverwalks in the US. West of the Mississippi.

8 thoughts on “The Missions of San Antonio: More Than the Alamo”