With COVID-19 restrictions lifting, it is recommended that you check local advisories and contact attractions, parks, and restaurants before visiting.

Including the Alamo, there are five Spanish colonial missions in San Antonio, Texas. Of course, you can visit the San Antonio missions via car, but there are a few fun alternatives.

Funded by the Spanish colonial government, dozens of missions were built throughout Texas, Arizona, and California in the 17th and 18th centuries. Although each mission had a faith-based goal of converting indigenous people to Catholicism, the missions were not churches. They were self-sufficient communities of missionaries and indigenous people who united under the flag of Spain to keep French explorers at bay and fend off attacks from other native tribes in the area.

Although indigenous people have lived in North America for thousands of years, they were largely nomadic tribes with a close bond with the earth. Because they didn’t build many permanent structures, the United States doesn’t feature megalithic pagan temples, ancient fortresses, and medieval churches as are commonly found throughout Europe. But at approximately 300 years old, the Spanish missions of the American southwest are some of the oldest structures in the US.

Here are five ways to visit the San Antonio missions in Texas and what you can expect to pay for each transportation option.

Related Article:  The Missions of San Antonio, More Than the Alamo 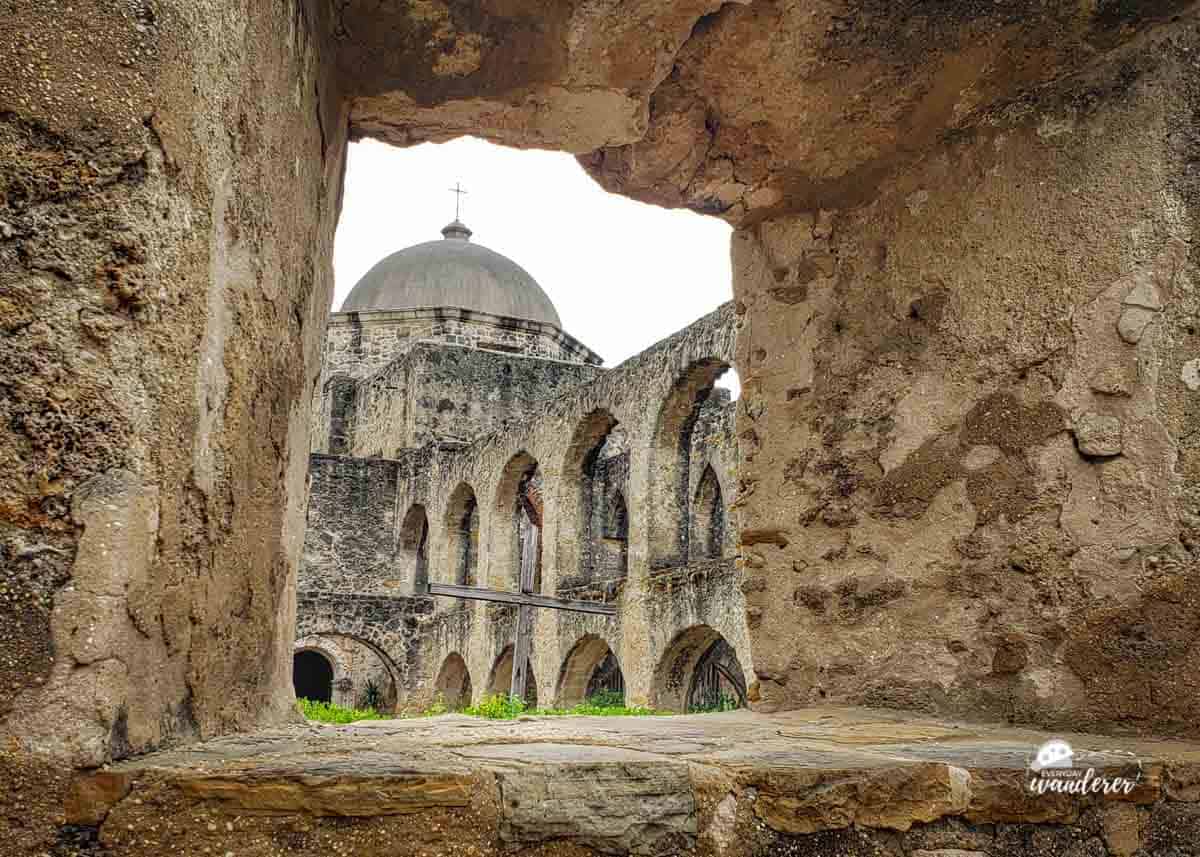 Approximate cost:  $10 to $20 for parking at the Alamo, plus the cost of renting the vehicle (or maintaining your own car) and gasoline

Whether you are road tripping through the Lone Star State or opt to rent a car during your Texas vacation, it’s easy to visit the San Antonio missions by car. If you’re staying in or near downtown San Antonio, simply head south to Mission Espada and then make your way back north, stopping at the other four San Antonio missions.

Parking a Car at the San Antonio Missions

The farther you travel away from downtown San Antonio (and the Alamo), the easier it is to park a personal or rented car. Parking is free at the four missions that are part of the San Antonio Missions National Historic Park, which include:

However, you should expect to pay $10 to $20 per day to park in one of the parking lots near the Alamo (Mission Valero).

Additional Details About Parking a Car at the San Antonio Missions

Whether you’re a fan of Uber or Lyft, both ridesharing companies make it easy to visit all five San Antonio Missions. The charges associated with each ridesharing app vary based on:

You can generally expect to spend these amounts to visit all five San Antonio missions by ridesharing app:

Note:  The prices quoted above do not include a tip for the rideshare driver.

The most convenient San Antonio bus option is bus 40. For just a few dollars, you can purchase an all-day VIA bus pass that transports riders to all four missions in the San Antonio Missions National Historic Park without making any stops between the historic Spanish colonial landmarks.

Before you go to San Antonio, download the bus 40 route map and timetable. You may also want to download and install VIA’s goMobile ticketing app.

Pro Tip:  If you want to see more than the Alamo but don’t have the time or desire to see all five San Antonio missions, another bus option is VIA bus 42. It travels between downtown San Antonio, Mission San Jose, and Mission Concepcion. However, unlike VIA bus 40, it does make stops every few blocks along the way.

How to Visit the San Antonio Missions by Bike

Approximate cost:  $13 per person per day

This was my favorite way to explore the San Antonio Missions! Not only was it a great way to soak in the gorgeous sunny day, but it was super easy to see all five missions via the well-marked and maintained San Antonio Mission Trail.

One thing to keep in mind is that BCycle rentals don’t come with bicycle helmets. So, you’ll want to be extra mindful of bike safety rules when you visit the San Antonio missions by bike.

Pro Tip:  There are limited services at the missions, so be sure to bring a refillable water bottle and pack snacks, especially if you plan to bike or hike between missions. Water refill stations are available at all five missions.

If you want to enjoy the outdoors but don’t feel like renting a bicycle, it’s also easy (although a bit of a hike) to visit the San Antonio missions on foot. It’s about 8.5 miles along the dedicated footpath from Mission Espada back to the Alamo.

Here’s all of the practical information you need to visit the San Antonio Missions National Historic Park.

How many missions are there in San Antonio?

While there are a total of five missions in San Antonio, only four are part of the San Antonio Missions National Historic Park.

In the the heart of downtown San Antonio, the Alamo is not part of the National Park Service. Despite this fact, all five missions are connected via the San Antonio Mission Trail.

What connects the missions of San Antonio?

What hours can the San Antonio Missions be visited?

The Missions of San Antonio are open daily from sunrise to sunset. However, they are closed throughout the year on certain holidays including Thanksgiving, Christmas, and New Year’s Day.

Where is the San Antonio Missions Visitor Center located?

Mission San Jose is home to the San Antonio Missions National Historic Park Visitor Center. It’s open on days that the park is open, from 9:00 am to 5:00 pm.

What does it cost to visit the San Antonio Missions?

There is no cost to visit any of the five missions in San Antonio.

Which missions did you visit? How did you travel between the missions? How did that mode of transportation work for you? Any additional tips and tricks to pass along? Share your experiences in the comments section below. 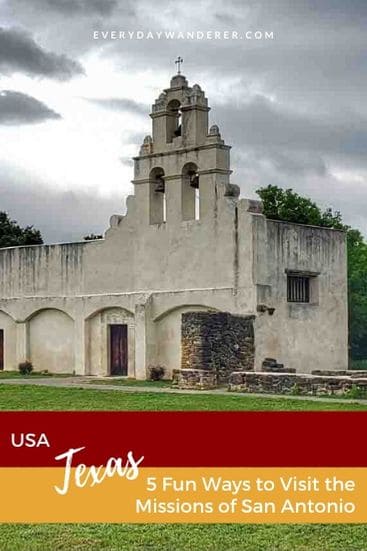 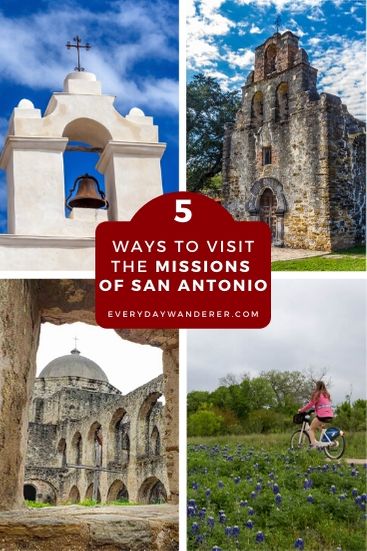 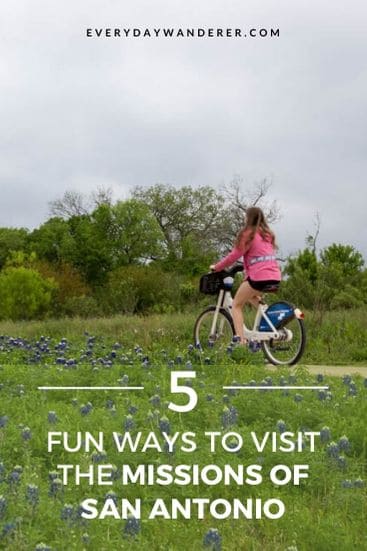 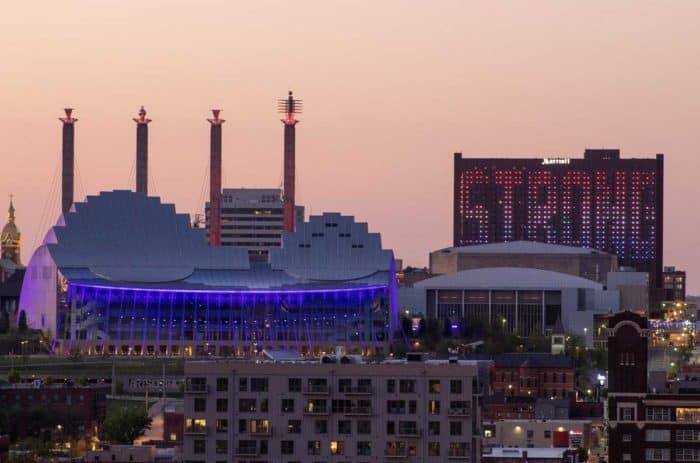 Ease Back into Travel: Local Adventures and Day Trips from Kansas City 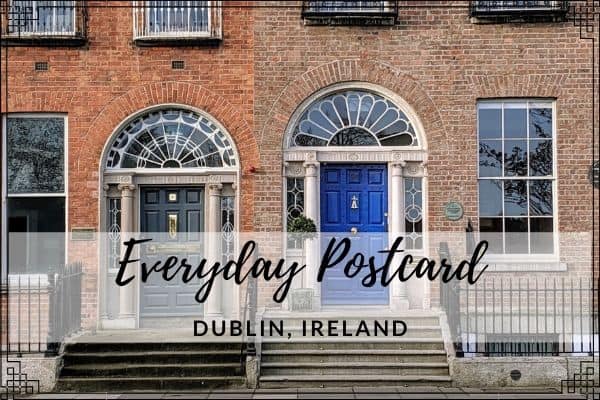 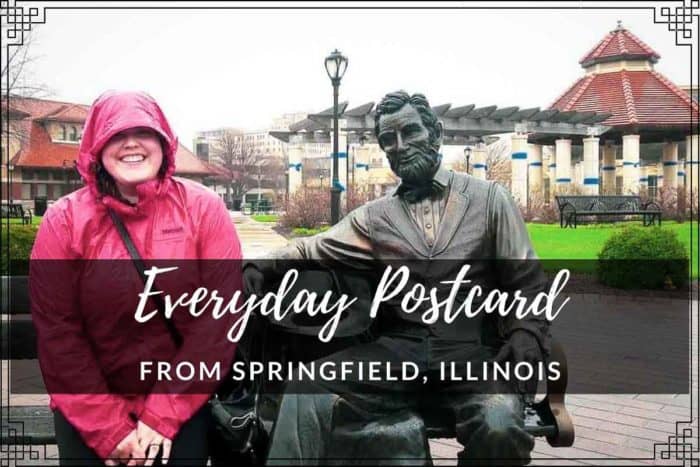