When you visit travel destinations in North America, you’ll find that the three most commonly spoken languages are English, French, and Spanish. As you travel beyond the English-speaking countries of North America, consider these tips on overcoming language barriers. Even when you can communicate in English, knowing these few, key phrases in the local language will enhance your experience when you travel abroad. 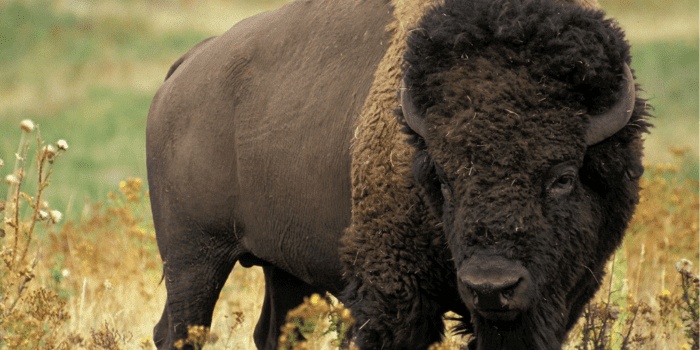 Made up of 50 states and home to nearly 326 million people (including me), the United States has something to offer every traveler. From quaint towns to bustling cities, from beaches to mountains, the United States welcomes about 80 million international visitors each year making it one of the most popular travel destinations in North America.

From New York to California, start planning your next adventure in the United States by visiting the best travel and tourism websites in the US. You’ll discover fascinating destinations, fun attractions, and delicious restaurants to your travel bucket list.

Fun Fact:  From Portugal to Finland, from Iceland to Bulgaria, and everywhere in between, about eight million Europeans visit the United States each year. If you’re a European planning a trip to America, here are 10 important things to know before visiting the USA.

If you’re planning a visit to the United States, consider one of these ten up and coming travel destinations or these five summer destinations. Just don’t make the mistake of believing these six stereotypes about the American Midwest. And if you’re visiting the United States from a country that speaks Queen’s English, check out this handy-dandy guide to help you speak Yankee.

United States – Across the Nation 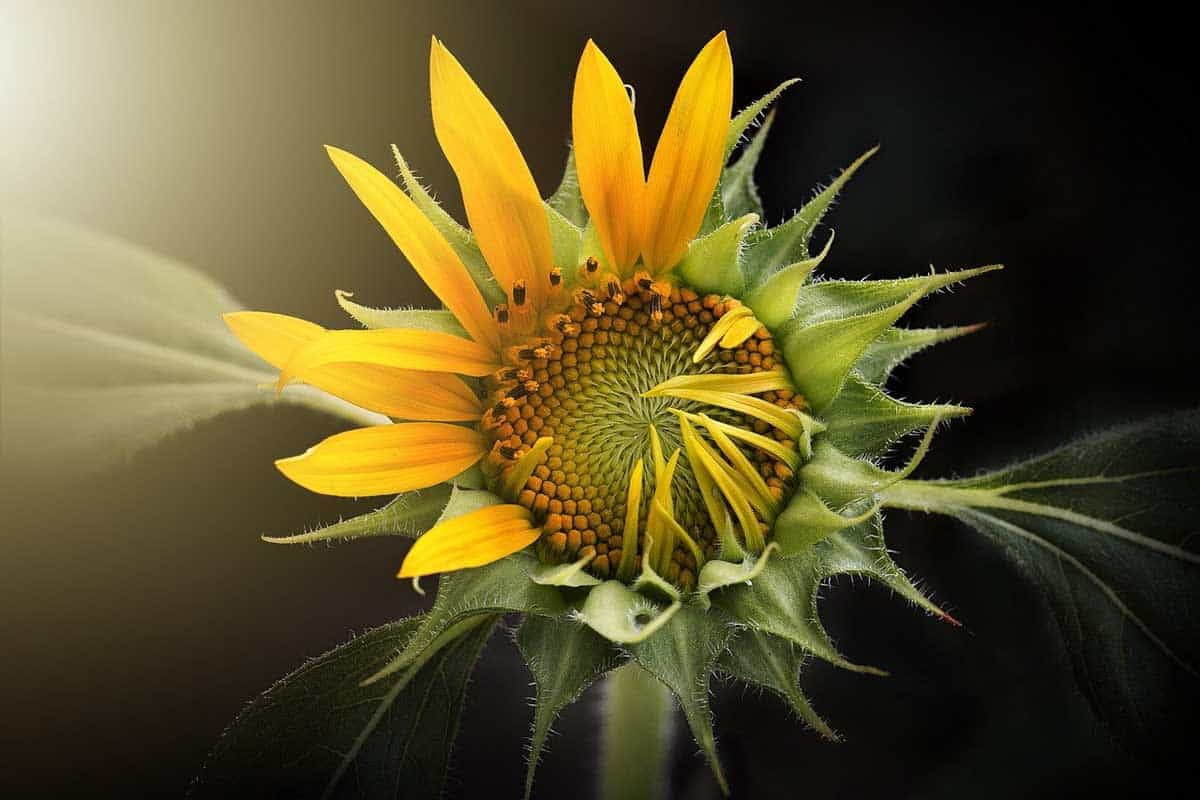 Kansas is located right in the center of the United States. The majority of the state’s population is clustered around the Kansas City metro area in the northeast and Wichita in the south. Get an overview of what to do and see in the Sunflower State and keep reading for additional recommendations to help you plan your Kansas vacation.

In Northeastern Kansas, In and Around Kansas City, Overland Park, Olathe, and Lenexa

Kansas City was established in 1838 at the confluence of the Kansas and Missouri Rivers and straddles the Midwestern states of Kansas and Missouri. Vertically bisected by the aptly named State Line Road, this Cowtown has been featured in everything from the Broadway musical Oklahoma! to two seasons of Netflix’s Queer Eye. If you enjoy the great outdoors in Northeastern Kansas, use this handy dandy guide to identify the Kansas wildflowers blooming in Spring, Summer, and Fall.

Kansas City is home to more than 100 barbeque restaurants. Prove to your taste buds why Kansas City is known as the Barbeque Capital of the world by visiting one these Kansas City barbeque joints. If you need a break from barbeque (it might happen), then enjoy some of the best fried chicken in the Midwest or one of these other tasty options. If you’re visiting Kansas City with kids, these local restaurants let kids eat free (or super cheap). Top off your meal with a scoop (or two) of ice cream, and don’t leave town without a delicious rum cake or one of several other tasty food gifts from Kansas City.

More than 150 years ago, when this area was predominantly prairie, the Oregon and Santa Fe Trails intersected at the Mahaffie Farm. Take a ride on the last operating stagecoach on the Santa Fe Trail in the southwestern Kansas City suburb of Olathe. Or harness modern horsepower and explore beyond the City of Fountains with these day trips from Kansas City.

In Other Parts of Northeastern Kansas, In and Around Lawrence, Topeka, and Manhattan

As you travel west from Kansas City, make a pit stop in De Soto at Cause Coffee. Fueled by big-hearted baristas who volunteer their time and talent in order to give back, 100% of the coffeeshop’s proceeds go to a worthy cause.

And as you continue westward along I-70, you’ll encounter Lawrence, the capital city of Topeka, and the college town of Manhattan. As a graduate of Kansas State University, I’m a strong believer that it’s one of the best college towns in the Midwest. However, you should check it out for yourself! Here are 10 things to do at K-State and other fun things to do when you visit Manhattan (also known as the Little Apple).

In Central Kansas, In and Around Abilene and Salina

One of my favorite places in central Kansas is the town of Abilene. But don’t just take my word for it, plenty of others agree! Smithsonian Magazine recommends Abilene as one of the best small towns to visit and it’s also recognized as one of the best small towns for history buffs. Here are eight reasons to visit Abilene, Kansas, including the Eisenhower Library, Museum, and Boyhood Home and the public art in Abilene. And, if that’s not enough to convince you to visit Abilene, then maybe these sweet reasons will encourage you to stop in Abilene!

P.S. If you plan to hang your hat in Abilene and spend the night, this is what it’s like to stay at the Holiday Inn Express & Suites Abilene, right across the street from the James Beard Award-winning fried chicken at the Brookville Hotel.

In Southern Kansas, Near Wichita and Hutchinson

In Western Kansas, Near Hays and Westward to the Colorado Border

Just north of Hays, the town of Nicodemus is a special place to experience America’s diversity. 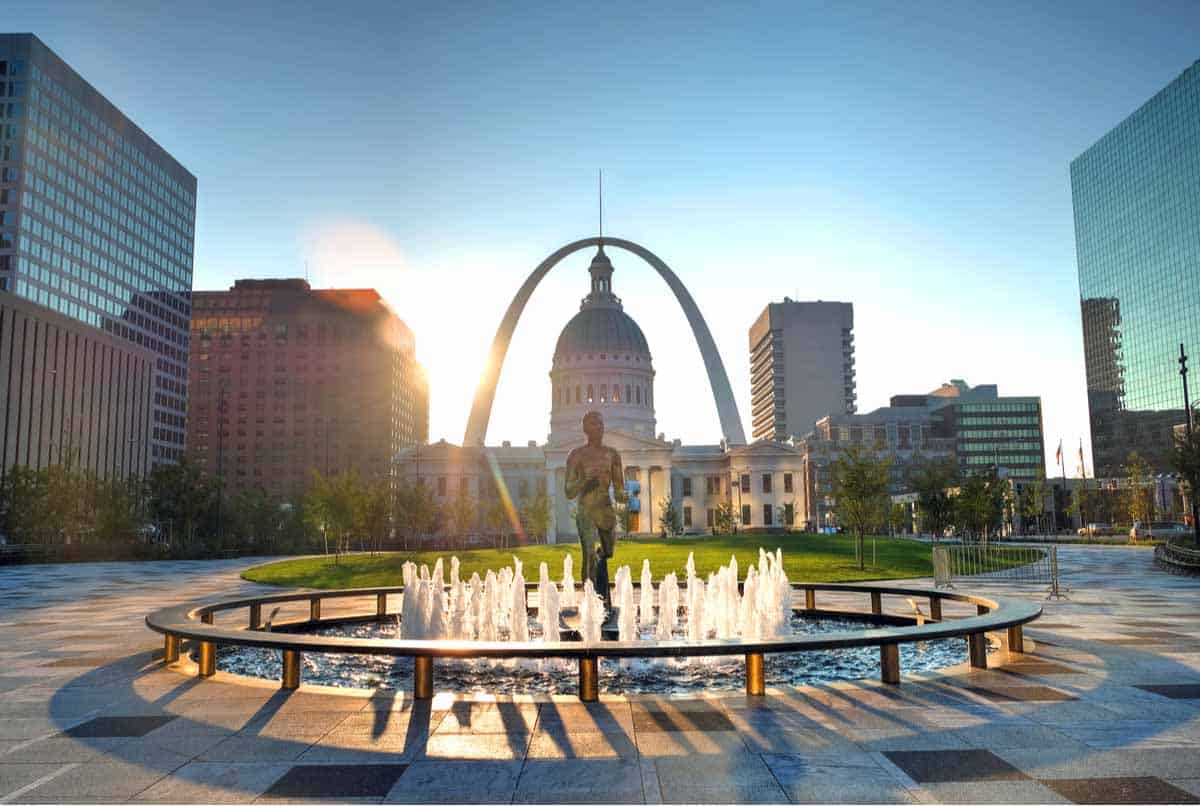 Missouri is a midwestern state located in America’s Heartland. It’s two largest cities — St. Louis and Kansas City — sit on the state’s borders with Illinois and Kansas, respectively. Here are additional recommendations of things to see and do when you plan your Missouri vacation.

In Eastern Missouri, In and Around St. Louis

Often dismissed as “flyover country” travelers are increasingly flocking to St. Louis. Nicknamed the Gateway to the West, St. Louis offers big town amenities with a small town feel. And with more free things to do than any other American city except Washington, DC, St. Louis is a budget-friendly up and coming travel destination.

If you visit St. Louis in the summer, take in a game at Busch Stadium and cheer on the St. Louis Cardinals.

In Central Missouri, In and Around Columbia

Approximately halfway between St. Louis and Kansas City on I-70, Columbia is home to the University of Missouri. Here’s why it’s one of the best college towns in the Midwest.

Quiz:  Test your knowledge of these midwestern landmarks.

In Western Missouri, In and Around Kansas City

Founded in 1838 at the confluence of the Kansas and Missouri Rivers, Kansas City straddles the states of Kansas and Missouri. Vertically bisected by the aptly named State Line Road, this Cowtown has been featured in everything from the Broadway musical Oklahoma! to two seasons of Netflix’s Queer Eye. Let these quotes about Kansas City inspire your visit, explore the city’s landmarks and more via a Kansas City scavenger hunt, and here are fun things to do in Kansas City for free.

Kansas City is home to more than 100 barbeque restaurants. Enjoy the saucy ribs, tender brisket, and delicious burnt ends at one of these Kansas City barbeque joints that prove to your taste buds why Kansas City is known as the Barbeque Capital of the world. If you need a break from barbeque (I’ve heard that can occasionally happen), then enjoy some of the best fried chicken in the Midwest or some of these other tasty options when you visit Kansas City. If you’re visiting Kansas City with kids, these local restaurants let kids eat free (or super cheap). Top off your meal with a scoop (or two) of ice cream, and take a bite of our Cowtown home with you with these delicious food gifts from Kansas City.

History buffs will enjoy learning more about President Harry S. Truman by visiting the Truman Library and Museum in Independence. And I hope Kansas City Chiefs fans will be inspired by my chance encounter with this NFL legend who inspired me to learn more about black history.

If you visit Kansas City during the winter holidays, these are the best spots to photograph the Country Club Plaza lights. And kids of all ages will enjoy WinterFest at Worlds of Fun.

And when you’re ready to explore beyond the City of Fountains, take one of these day trips from Kansas City. 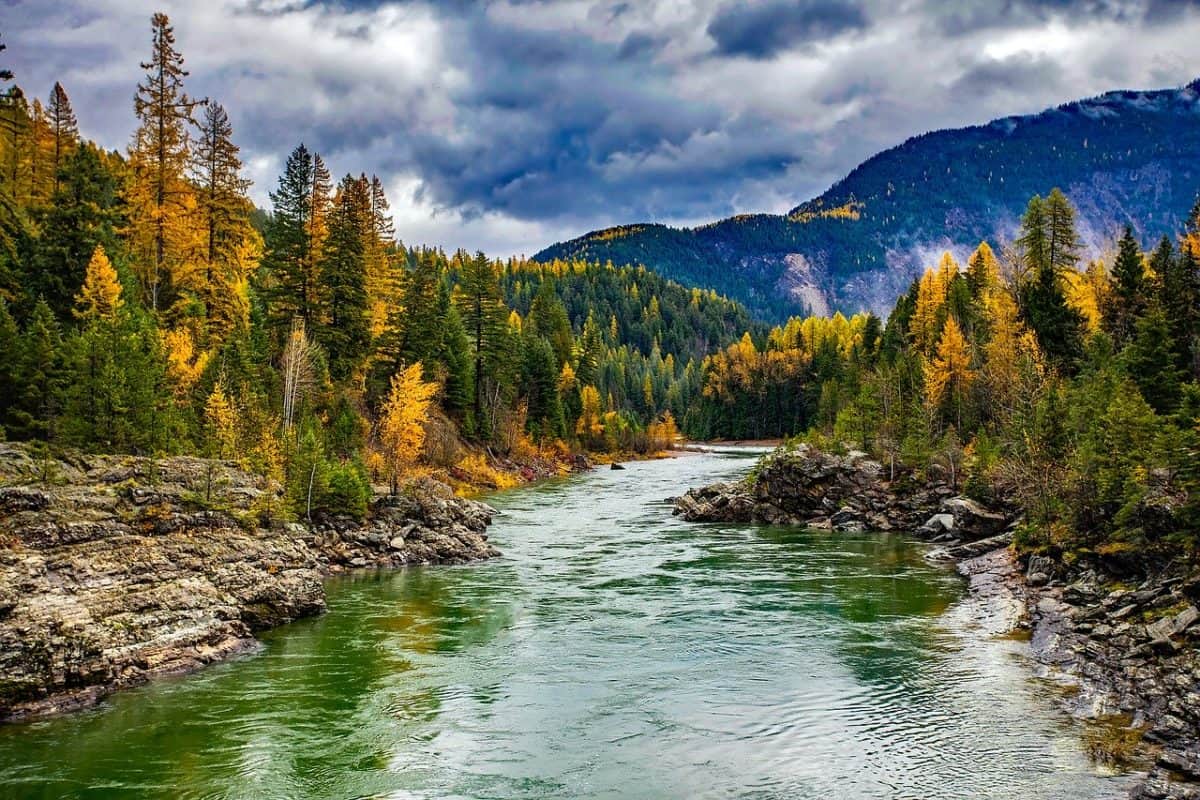 Located in the Rocky Mountain region along the border of Canada, Montana is a large state with soaring big blue skies, majestic mountains, and everything huckleberry. Here are additional recommendations of things to see and do when you visit Montana.

In Southern Montana, near Yellowstone National Park, Billings, and Bozeman

Throughout the State of Montana 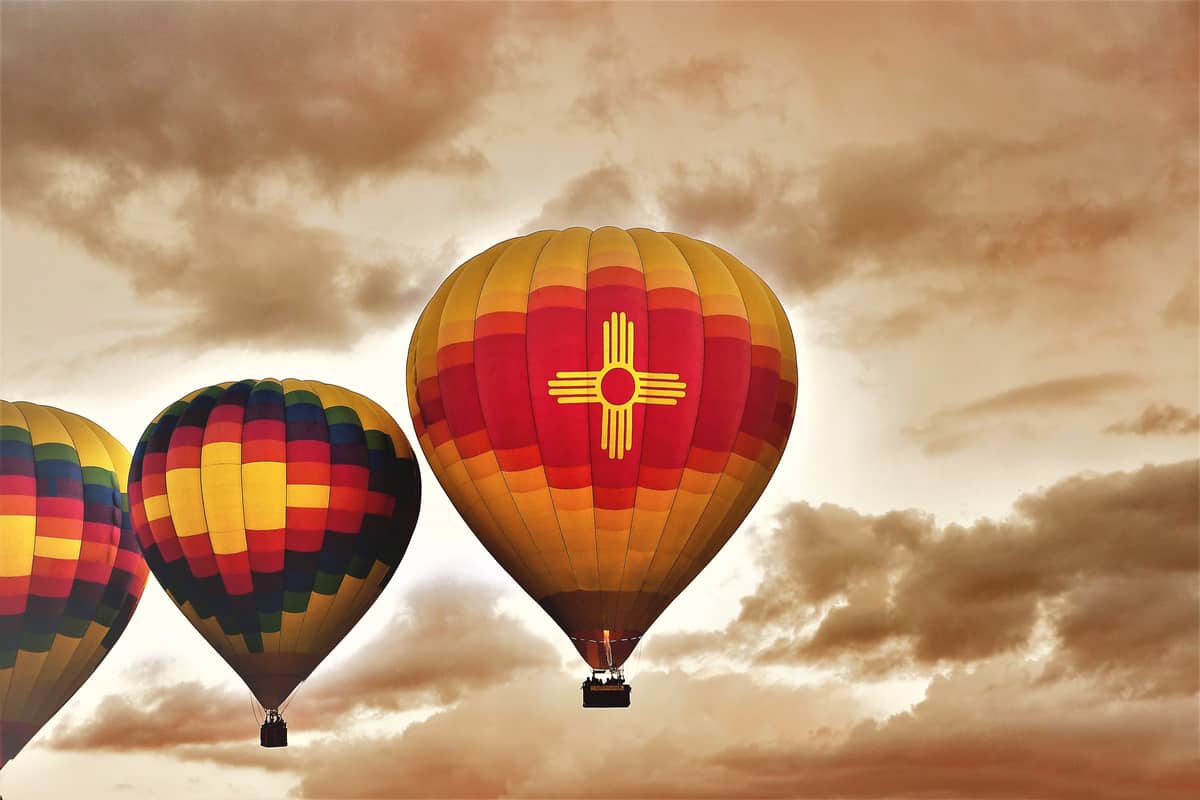 From the Chihuahuan Desert in the south to the Sangre de Cristo Mountains in the north, New Mexico is full natural beauty that has earned it the nickname “Land of Enchantment.” Here are additional recommendations of things to see and do when you visit New Mexico.

In Northern New Mexico, Near Albuquerque, Santa Fe, and Taos

Throughout the State of New Mexico 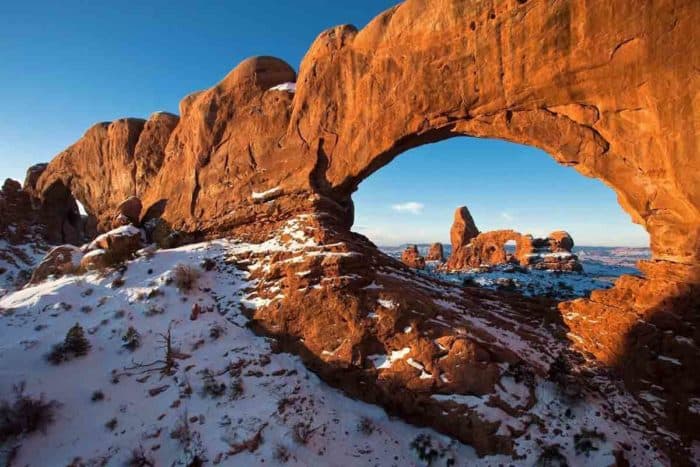 Known for the greatest snow on earth, the mountains of Utah receive an average of 500 inches of snow per year. The 2002 Winter Olympics were held in Salt Lake City, Park City, and the surrounding area. Here are additional recommendations of things to see and do when you visit Utah.

In and Around Salt Lake City, Utah’s Capital City

Nestled between the states of Maryland and Virginia, Washington DC is the permanent seat of the United States’s federal government. Many of the city’s top attractions, including memorials, monuments, government buildings, and museums do not charge admission fees. Here are additional recommendations of things to see and do when you visit Washington DC.

Travel Destinations in North America – Outside the US