With COVID-19 restrictions lifting, it is recommended that you check local advisories and contact attractions, parks, and restaurants before visiting.

You can’t leave Maine without eating lobster or touring one of its 65 historic lighthouses. If Portland is your Maine destination, here’s everything you need to know about the Portland lighthouses.

For more than 200 years, lighthouses have stood tall along Maine’s rugged coast, helping sailors steer clear of shallow spots and avoid crashing into the Pine Tree State’s rocky shores. From the Portland Head Light, constructed when George Washington was President, to the Ladies Delight Light, first illuminated more than a century later, it’s easy to understand how Maine has earned the nickname “the Lighthouse State.”

When you visit Maine’s largest city, Portland, take a few hours to tour all six of its lighthouses. Although this guide begins in Cape Elizabeth, a 20-30 minute drive south of Portland, and heads north back to the city, you can easily explore it in reverse. Driving between these Portland lighthouses will take about 30 minutes. Allowing at least 30 minutes to explore each stop, this Maine activity will take two and a half to four hours.

Related Article:  See why Portland, Maine is an up and coming US travel destination.

Start your tour where Cape Elizabeth juts out into lobster-filled Maine waters near Two Lights State Park. As the name suggests, this destination will treat you to not one but two Portland lighthouses. The twin Cape Elizabeth lighthouses were built in 1828. Despite the valiant effort of their lightkeepers, they witnessed several shipwrecks during the decades they served sailors. Unfortunately, both beacons are on private property, so you can’t get too close. But, you can still appreciate them from afar.

Pro Tip:  Look for brightly-colored buoys bobbing in the water around the point. They are used to mark lobster traps, and you might be able to see a lobsterman pull in traps as they do several times a week.

Although it is on private property, the easternmost light tower is still active. For the best view of this lighthouse, park near The Lobster Shack at Two Lights and walk along Dyer Cove. Here, long slabs of stone covered in golden lichen make a craggy foreground for the towering white light. The coastline looks as if it’s made of petrified wood, but it’s actually quartzite and dark grey phyllite.

Fun Fact:  If you get a sense of deja vu gazing at the Cape Elizabeth lighthouse, that might be because of artist Edward Hopper’s painting, The Lighthouse at Two Lights. On display at the New York Metropolitan Museum of Art, the piece inspired a 1970 postage stamp celebrating Maine’s sesquicentennial.

The other twin tower was decommissioned as a lighthouse in 1924 and served as a fire control tower during World War II. Today it is a private home once owned by Gary Merrill, the fourth (and final) husband of Hollywood legend Bette Davis.

Pro Tip:  One popular way to see Maine’s historic lighthouses is by taking a lighthouse road trip. If that’s your plan, the check out this ultimate road trip packing list.

Surrounded by 90 acres at Fort Williams Park, the Portland Head Light is the oldest (and perhaps the most famous) of all Portland lighthouses. Construction began back in 1787 when the United States was a brand new nation and Maine was still part of Massachusetts. Once the tower was built to the specified height of 58 feet, the two local masons constructing the lighthouse discovered that it was too short to be seen from the south. The plans were altered to add another 20 feet to the tower.

Visiting the Portland Head Light is the quintessential Maine experience. As you take in the postcard-perfect sight, breathe in the fresh ocean air and listen to the waves gently crashing below. You’ll also hear the deep monotone sound of the fog horn, even if only softly on a clear day.

Pro Tip:  If your itinerary allows, take some additional time to explore Fort Williams Park, the land surrounding the lighthouse. Although it is now largely in ruins, it was an operational Army fort from 1872 to 1964.

To reach the next stop on the tour of Portland lighthouses, you must first wind through the oceanside campus of the Southern Maine Community College. I admire the willpower it must take the students to remain focused on their education in such a beautiful setting!

If you haven’t yet stretched your legs, you’ll certainly want to allow time for that when you visit the Spring Point Ledge Lighthouse. If you feel up to it, visitors are permitted to walk along the granite rock wall to the base of the light. But keep in mind, this is not a smoothly paved wall. Rather, it’s a 950-foot-long breakwater made by piling 45 tons of granite in the water between the lighthouse and the dry land.

Consistent with the other Portland lighthouses, an old military fort is adjacent to the light tower. Built in 1808 of stone, brick, and sod, the original fort was established to protect the United States from the growing threat of attack from the United Kingdom and France. The fort’s hospital tended to released American prisoners of war during the War of 1812, and it was the headquarters of the 17th infantry during the Civil War. In 1952, the fort was sold to the State of Maine and the former fort has been a technical college ever since.

Pro Tip:  When visiting the Spring Point Ledge Lighthouse, look to the east to see Fort Scammell on House Island. Named for Alexander Scammell, a Revolutionary War general, the island was nicknamed the “Ellis Island of the North” because it was used as an immigration quarantine station in the early 1900s.

Officially known as the Portland Breakwater Light, but often referred to as the Bug Light, this final, historic Portland lighthouse is also steeped in history. Originally a wooden structure, built in 1855, the Bug Light looks across the Casco Bay at Fort Gorges. The fort was built on the Hog Island Ledge around the same time, but 19th-century improvements in military technology rendered the fort obsolete before it could be used.

Fast forwarding to World War II, the breakwater surrounding the lighthouse was filled in by the New England Shipbuilding Corporation to establish two shipyards next to the lighthouse. From 1941 to 1945, more than 30,000 people built 266 Liberty Ships, a special type of cargo ship used during the war. With the land built up around the lighthouse, the lighthouse was unneeded, and it was decommissioned in 1942.

Fully restored and reactivated, today the Bug Light sits at the northernmost tip of eight-acre Bug Light Park that the lighthouse shares with the Liberty Ship Memorial. This ship-shaped steel structure honors the men and women who built Liberty Ships on the site during World War II.

Have You Visited Any of the Lighthouses in Portland, Maine?

Which lighthouse was your favorite? Any other history, tips, or advice to pass along about the Portland lighthouses? Share your experiences in the comments section below.

Here’s More Information and Inspiration for a Visit to Portland, Maine 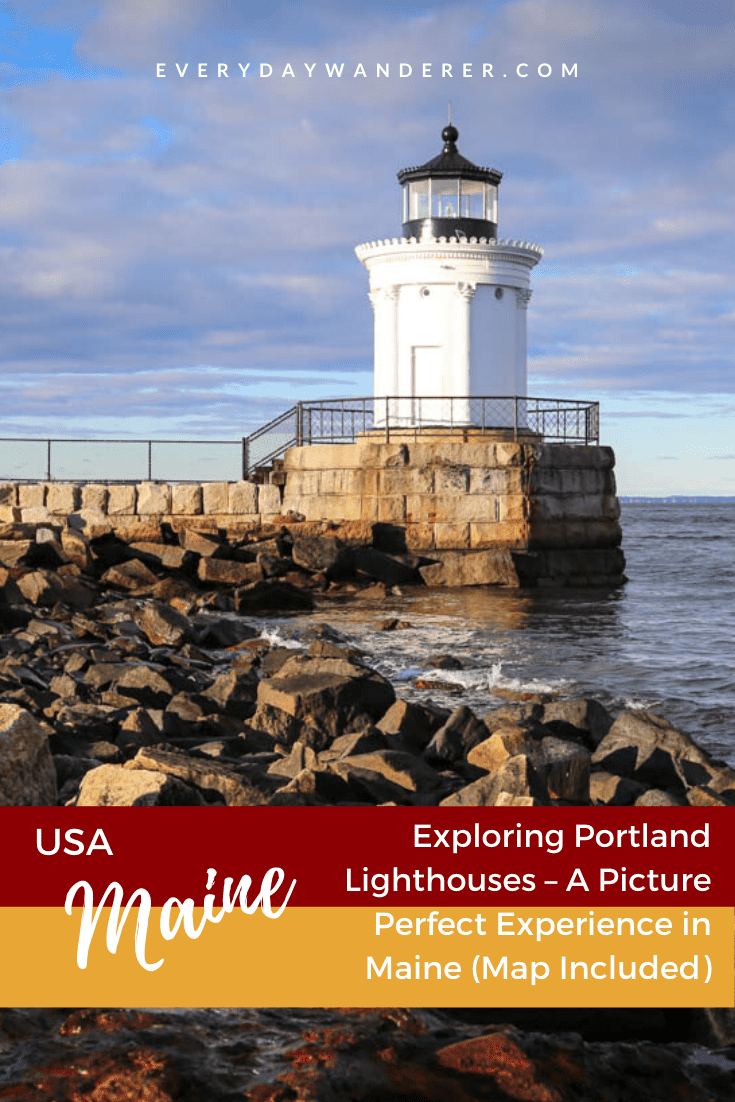 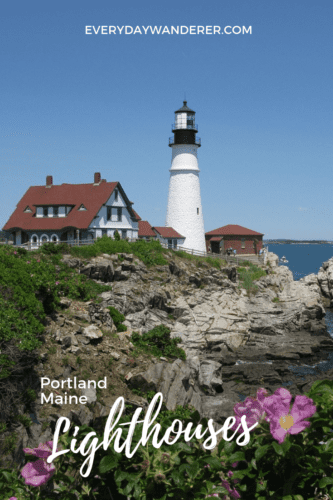 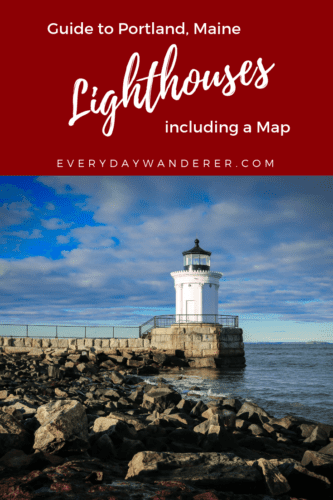 Please note:  Photos not watermarked by me or clearly attributed to a specific photographer or organization are from the community of talented photographers over at Pixabay.

3 thoughts on “Portland Lighthouses – A Picture Perfect Experience in Maine” 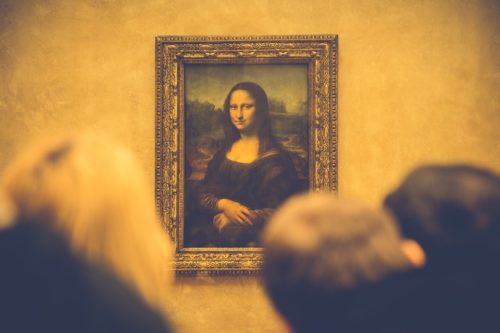