Hugging the southwestern coast of India, Kerala known for its palm tree-lined beaches along the Arabian Sea. But the region also boasts majestic mountains planted with coffee, tea, and spices as well as phenomenal wildlife sanctuaries. Go beyond Kerala’s popular tourist areas with Marco in this Everyday Postcard.

After kayaking in the backwaters, dining on coconut-scented rice, and otherwise exploring the less-traveled parts of the area, Southeastern Asia travel expert, Marco, scribbled out this Everyday Postcard from Kerala, India:

Most people take a trip to Kerala, but I have gone a step further and decided to venture in Kerala’s less trawled northern region. It’s a place that few travelers consider, but did you know that pioneer explorer Vasco de Gama actually landed here first? North Kerala is an amazing offbeat place, and I wish that one day you’ll visit, too!

Marco Ferrarese is the travel writer behind Penang Insider and Monkey Rock World. He has been living in Penang, Malaysia, since 2009, from where he covers Malaysia, India, and the larger Southeast Asian region for a number of international guidebooks and publications that include Lonely Planet, the Rough Guides, Fodor’s Travel, Travel + Leisure Southeast Asia, Nikkei Asian Review and the South China Morning Post.

Marco and his Malaysian photographer wife Kit Yeng still call Penang home, even though they are on the road reporting from elsewhere most of the time. 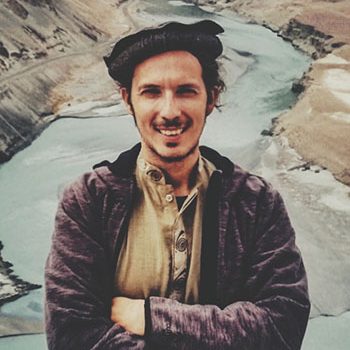 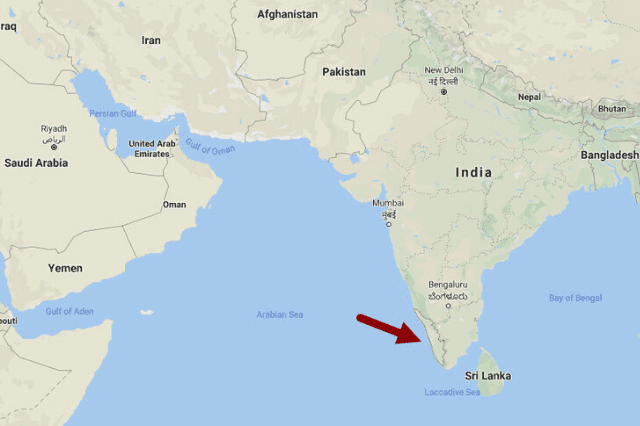 How did you decide to visit Kerala?

Because I wanted to find more unknown places and craft an ideal offbeat Kerala Itinerary.  I went to Kerala for the first time on my very first trip to India back in 2010. I have now visited the country more than 10 times and wrote parts of the latest Rough Guide to India.

I chose to land in Kerala because there were very cheap flights from Malaysia, where I and my wife live. Kerala also stood out as one of India’s most educated states, with a very peculiar Communist government. It was a great choice for a first-landing into India.

This time, however, I decided to return and see how Kerala had changed 10 years later. In the end, I avoided the more touristy spots (Kerala, in fact, draws most of India’s foreign tourists) and headed to the northern half of the state: a land of lesser-known backwaters (literally, parts of sea that mix with freshwater), kayaking along strange mangroves,  and visiting old temples inhabited by 100-years-old crocodiles. The people were also so kind that they defied all the bad stereotypes you hear about India and its people.

What was your favorite moment during your visit to Kerala?

There were a few, indeed. I really loved kayaking in the Valyaparamba backwaters, a remote place off Payannur that few people know. Some scientist planted a set of mangroves in the midst of a lagoon, and today it’s possible to paddle on a kayak and then walk across this unique floating forest. I will also never forget my visit to the temple of Parassini Kadavu, where I witnessed my first encounter with Theyyam Mutthapan, a traditional religious dance form that’s unique to this part of Kerala. We were the only two foreigners among a crowd of crazed locals, who all came down to witness this elaborate local ritual.

How did you travel around Kerala?

I always tend to use public transport to get down and dirty with the locals, and this time I also used a mix of state-run buses, trains, and hitchhiking. I also walked a lot, especially in Wayanad, a mountain area that more people should know. Its incredible prehistoric rock art and natural sights really deserve a visit.

One of the best parts of travel is experiencing the local flavors. What was your favorite meal in Kerala?

I was lucky enough to experience a few homestays in the Bekal region. There is SMILE, a new government-run program aimed at helping young local entrepreneurs develop grassroots tourism in their homes, and I experienced some of their homestays. The best part was obviously the food: Kerala cuisine is zesty, full of flavour, and best consumed when dished up by a willing local mama. I had the best of the pick of local delicacies, from coconut-scented rice to putthu and chicken curry, boiled tapioca and fresh fish. Every meal in Northern Kerala, served with its peculiar fat rice,  left me craving for more and thinking about my loss, as I had missed gorging on these tastes during my first visit ten years ago.

What was the weather like when you visited Kerala?

I went in June, which is supposedly the worst time as it’s the height of the rainy season. Truth be told, we were prepared for the worst and had at least a slow, rainy day in Bekal. But in general, traveling in the low season meant fewer tourists, more chances to enjoy life with the locals, and a more relaxed, casual atmosphere. There’s nothing more boring and stereotyped to me that visiting a place and rubbing elbows with other white tourists.

If I go to India, I don’t want to see other white foreigners, I want to meet Indians and see how they live. Beside some bursts of rain, which however mostly fell during the night, we had a fantastic time: the region is already under the tourist’s radar, but coming in the low season was even a better antidote to the loose elephant pants and white tourist idiocy that ruins Kerala’s beaches down south. I felt that coming in the worst of the monsoon was a blessing in disguise, for I still treasure my visit to Kerala as one of the best of my jaunts across India.

As I mentioned, the SMILE program run by Bekal Resorts Development Corporation is all about meeting and living with locals. From sharing moments in the kitchen to partaking scrumptious meals, or watching TV with the village elders, I have spent most of my nights with local families. They were as curious about me and my customs as I were about theirs — we shared invaluable moments together, always bonding around food and a hot cuppa of chai, the local scented tea.

What's one thing travelers can't forget to pack when they visit Kerala?

A sense of adventure and a bottle of bug spray. It’s a very exotic, wild part of India, filled with nature and animals. Even when traveling in a city like Kochi, one feels the call of the nearby jungle. In the North, the forest was one of the lushest I have ever seen in my travels across Asia. Coconuts everywhere, palm trees and jungle… a triumph of green that makes for a fantastic journey you shouldn’t miss. Did I mention the wild elephants in Thekkady? Really, do yourself a favour and just go! 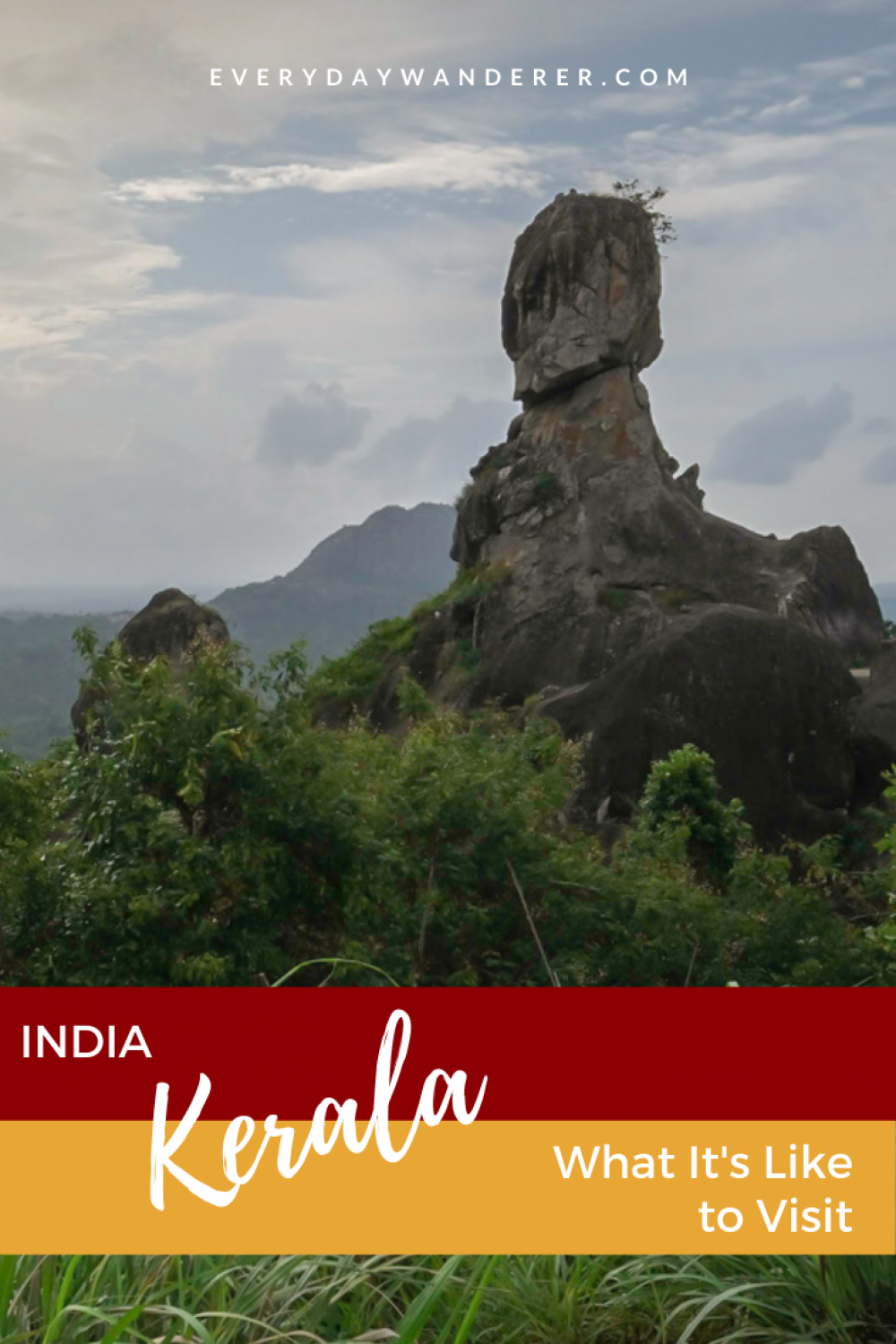