On the southern coast of Wales, Swansea lies just across the Bristol Channel from England. Come visit this beautiful coastal town with Swansea native Carly-jo.

With more than 50 named beaches and coves along the stunning coastline of the Swansea Bay, Swansea is one of the most beautiful spots in Wales. Although she’s currently living about three hours away in the capital city of London, Carly-jo returned to her seaside hometown and sent this Everyday Postcard.

For a relatively unknown corner of the planet, Swansea sure has some out of this world views!

The epic landscape here is truly amazing and an outdoor lovers paradise, it’s a unique experience to feel like you’re stood on the edge of the world with nothing but sea in front of you and the breeze in your face. You should definitely come and experience this for yourself, it’s pretty hard to capture in words, but I will try my best!

Carly-jo is a budding travel blogger from Wales, who is currently living in London.

She discovered her love for travel after she met her boyfriend, Shaun and they began taking regular city breaks between their studies. After travelling around South East Asia Carly decided to start her blog Two’s Company where she could document her travels with Shaun, and hopes her diary style blog posts inspire others to explore also, however near or far that may be!

In addition to her blog, be sure to follow Carly-jo’s adventures via social media: 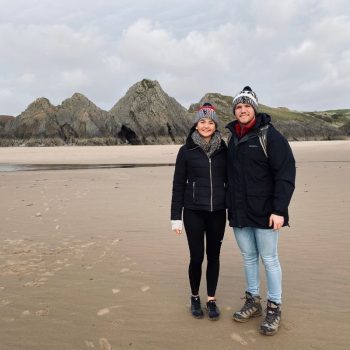 For those of us who haven't visited yet, give us an overview of Swansea

Before I tell you about Swansea, here is a little information on Wales.

Wales, along with Scotland, England and Northern Ireland, make up the United Kingdom. Wales is bordered by England on the east and the rest is surrounded by sea. Due to this Wales has over 1,680 miles of coastline. In addition to this, it also has an incredible array of greenery and mountainous regions which  make the country famous for its “rugged landscape.”

Many people do not know this, but Wales also has its own language which is spoken in many parts of the country, in addition to English. Wales can often be the forgotten cousin compared to other UK countries. Despite this, there are many reasons why Wales, and indeed Swansea, should be on your bucket list! So, Croseo i Gymru! (Welcome to Wales!)

Swansea is a coastal city in south Wales, and is our nation’s second largest city. It also happens to be my hometown. Due to its close proximity to the sea there are an abundance of beautiful beaches and coastal walks as well as plenty of amazing pubs, bars and restaurants as  you would commonly expect to find in cities – the best of both worlds!

What's the best way to get to Swansea?

From London you can get to Swansea the following ways:

Whilst the coach takes a couple of hours longer, it can be significantly cheaper if you book in advance.

Swansea is also easily accessible via train from all other areas in the UK. There is an airport in Cardiff (the capital of Wales), which is around a 50 minute drive away,  so you can also fly in from destinations such as Scotland and Ireland and other European countries.

How should you travel around Swansea?

Whilst there are plenty of bus services running in and around Swansea, especially in the city centre, if you want to explore more of the coastal and mountain regions, which I would recommend, then  the buses here run much more infrequently or not at all! So for ease and freedom I would recommend hiring a car to drive yourself around.

When is the best time to visit Swansea?

I would recommend visiting between the months of March and September (around British Summer time). Much of the areas appeal comes from the beaches, coastal paths and outdoor activities ,so it does help to visit in the summer when the weather is warmer and slightly dryer – although even in summer we typically only reach highs in the low-mid 20s.

What sights cannot be missed when visiting Swansea?

The Gower Peninsula was designated as the UK’s first Area of Outstanding Natural Beauty back in 1956. So you can really visit anywhere on the peninsula and you will not be disappointed. These are some of the best beaches in Wales.

In 2017 Rhossili Bay was named the best beach in Europe, and once you visit you will soon see why.

The beach boasts stunning sand dunes and rolling hills set behind a three mile stretch of pristine beach. The bay curves along in an arc which you can walk along, taking in the sea views. When the tide is out you can make it out to a small tidal island called Worm’s Head at the southern end of the Bay.

In the summer, around 400,000 sunflowers are planted in nearby fields which makes for a perfect picture opportunity!

Three Cliffs Bay Beach is named after three picturesque cliffs which jut out of the bay and is a place that offers everything! Limestone ridges, unspoiled beach, sand dunes, salt marshes and history.

It is around a 20 minute drive from the city centre. Access to the beach requires a walk through fairy-tale forests, later followed by a wooden bridge which helps you cross the Pennard Pill river and marsh land, before arriving at the beach.

There are miles and miles of beach to explore, you can even go for a dip in the sea if you’re brave enough and  for history buffs, perched on top of a hill overlooking the beach, is Pennard Castle built in the early 12th Century.

Castellamare is an A la Carte Italian restaurant and cafe/bar, the food here is reasonably priced and delicious. However, it’s the view which is the real show stopper. Located on the edge of the coast and offering plenty of indoor and outdoor seating you can dine overlooking the wonderful views of Bracelet Bay and Mumbles Lighthouse. It’s a staple summer destination for locals either for dinner or a coffee and quick bite.

One of the best parts of travel is experiencing the local flavors. What was your favorite meal in Swansea?

It has to be Joe’s – if you speak to anyone from Swansea they will tell you that Joe’s ice cream is the best in the world. Luigi Cascarini moved to Wales from Italy in 1898 and set up a number of cafes, this was later taken over by Joe Cascarini who sought the finest Welsh ingredients to make his signature Vanilla Gelato.

Swansea indoor market, located in the city centre houses 100’s of stalls selling everything from fruit and veg to textiles and electronics. Amongst these are stalls selling some famous Welsh specialities, Laverbread and cockles. Afterwards, you can finish with a sweet Welsh cake.

What are some Welsh expressions to know before visiting Swansea?

As I mentioned, Wales has it’s own Language – Welsh/ Cymraeg. Here are some helpful phrases:

However, my all time favourite word is “cwtch” which is more of a local expression than the Welsh language per se. It means a cuddle or a hug as in, “Would you like a cwtch?”

You can often find decorative pillows and blankets with the word cwtch printed on them, which are lovely souvenirs.

Fun Fact:  The longest place name in Britain is a little town in Wales called Llanfairpwllgwyngyllgogerychwyrndrobwllllantysiliogogogoch. A bit of a tongue twiser, aye?

What's one thing travelers can't forget to pack when they visit Swansea?

Some of the best things to see and do in Swansea involve being outside in nature, so I would add “walking gear” to the top of a packing list. It doesn’t need to be expensive hiking gear. A pair of trainers (tennis shoes) and sensible trousers will do just fine!

Welsh weather is also famously unpredictable. Imagine glorious sunshine in the morning and a torrential downpour in the afternoon. This is the case all year round, and there is no escaping it. Have you heard the saying, “There’s no such thing as bad weather, only bad clothing”? Well, that certainly applies to Wales, so make sure you pack a waterproof jacket! 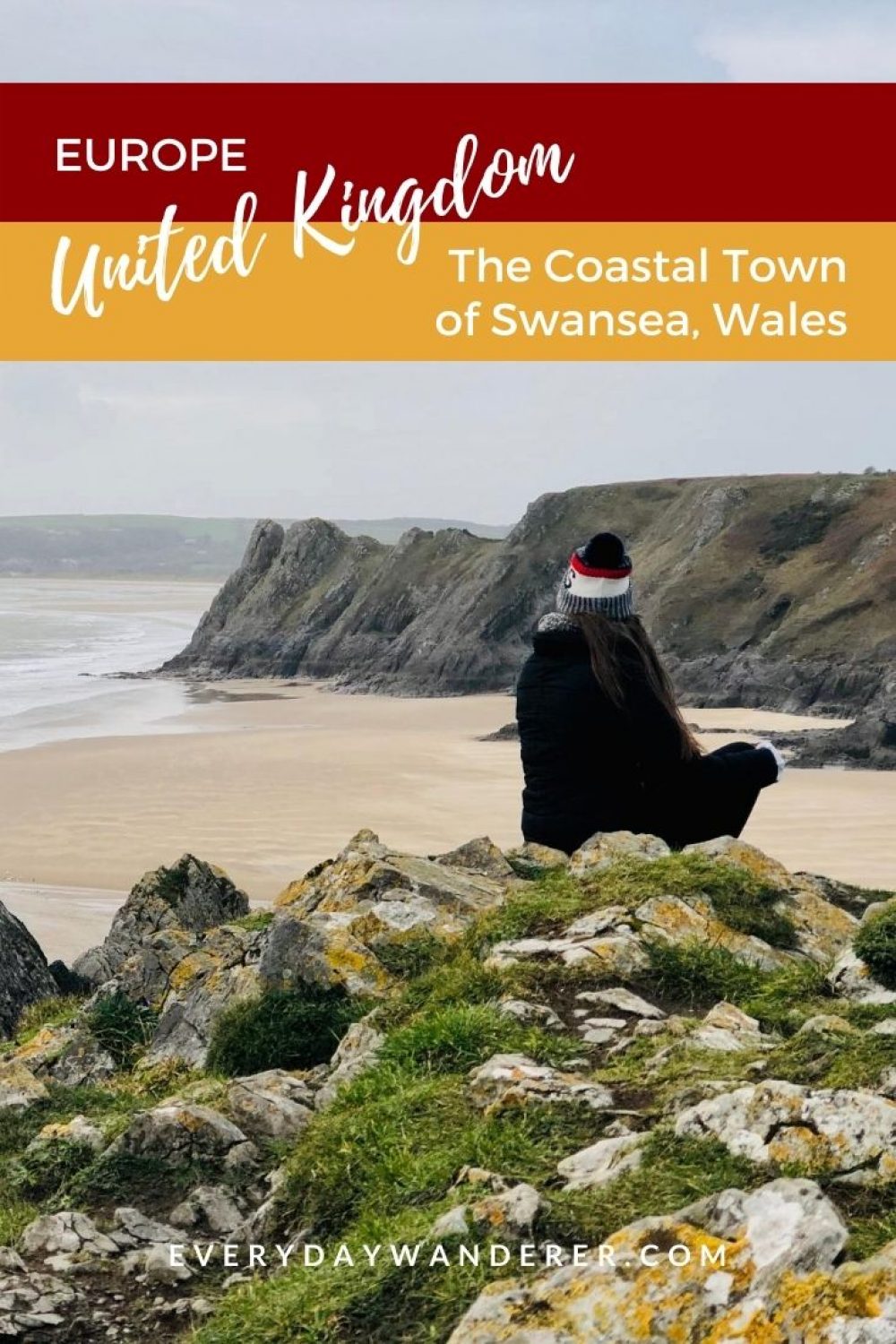 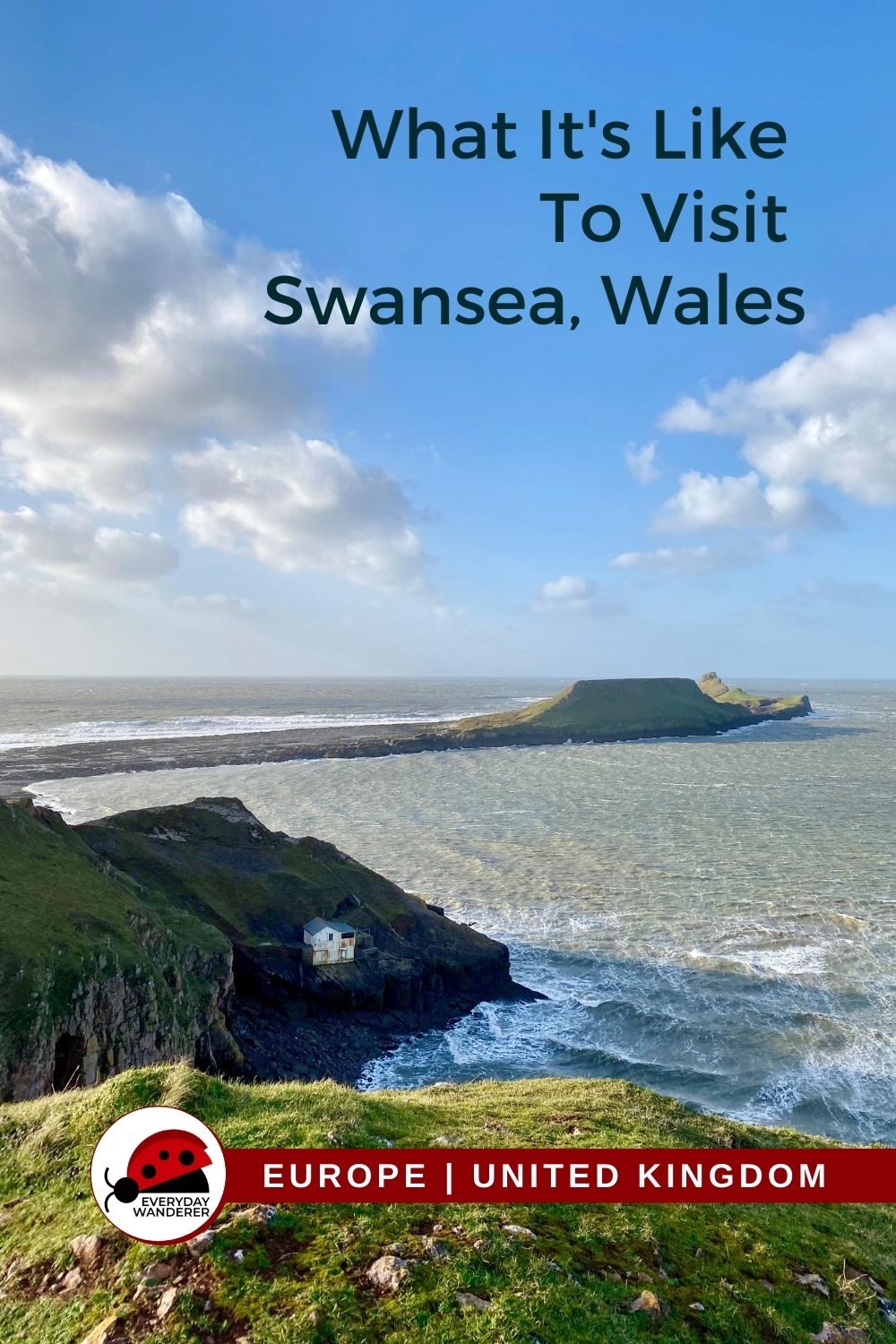 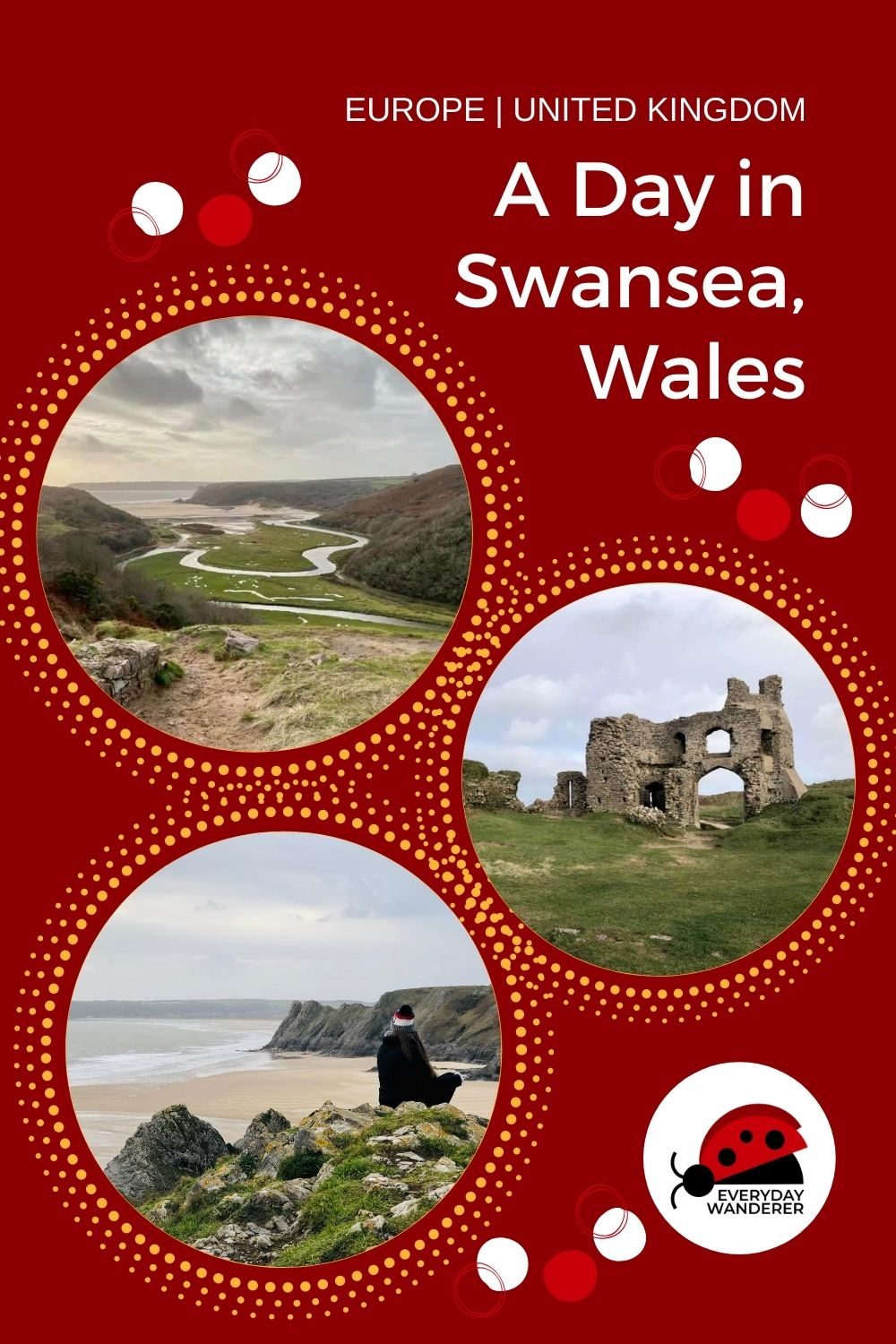